Ellis developed entrepreneurial private-sector companies, projects, and profit centers in various countries including the United States and Latin America. Ellis has lectured internationally, including conferences in Spain, France, Germany. He has worked with corporate directors, government officials, and the entertainment industry to support the TM program in facilitating the elimination of human suffering.

Academically, Ellis obtained an A. He has received various honors and academic certifications and a Ph. Ellis considers his meeting Maharishi and becoming a teacher of the Transcendental Meditation program to be a great honor and his most important professional and personal accomplishment. Maharishi's wisdom and programs enrich the author's work in business and education, and provide tools to improve the quality of life.

The book, A Symphony of Silence: An Enlightened Vision, is a tribute to this wisdom, and encourages humanity to look within and locate a foundation for living a fulfilled life. Books by George A. Trivia About A Symphony of Sil No trivia or quizzes yet. Buy audio CD. This work is dedicated to the memory of Alison Hargreaves , one of the world's top mountaineers and the first British woman to reach the summit of K2, the world's second highest mountain. An ascent of K2 is generally recognised as still more challenging and dangerous than one of Everest, at least by the latter's normal route, and indeed, on 15th August , K2 - 'The Killer Mountain' - lost little time in claiming Alison's life once she'd got to the top and was starting her descent.

Is it really a symphony or a closely linked set of symphonic poems? Let the critics and pundits run the course of their arguments about semantics and musical categories and stick labels here, there and everywhere to gloss over the fact that they understand little of real consequence.

A more worthwhile occupation would be to open oneself to the vision of the music regardless of how anyone would wish to classify it. In the best sense, the symphony has a certain uncompromising and relentless character, reflecting the nature of its inspiration and primary focus. In the spirit of mountaineers and all who understand what living is really about, the K2 Symphony is a celebration and not a mourning or tale of woe and tragedy.

It certainly contains elements of urgency, torment, anguish and naked calamity, which reflect the experience of those who live life to the full and take themselves to their limits, but these are all set in a context that is positive and celebratory - sometimes joyful, sometimes more serenely meditative. And indeed, why should we mourn deaths that occur in the course of such positive and wonderful striving? Things are as they are, and death is a fact of every life.

Indeed, life itself is meaningless without death.

What sort of death would you prefer? One at the end of a 'safe' life in which you rejoiced in dullness, mediocrity and repetitiveness, or one at the end of a life that was abundant and lived to the full, even if, perhaps, it was a bit on the short side? In any case, those of us who are enlightened do not see death as being anything more than a cessation of one particular set of experiences - something that actually every single person experiences every time s he goes to sleep.

So, where is the tragedy about death, except in an illusion born of one's unhelpful emotional attachments? Those who expect my use of a full organ in the work to reflect an over-grandiose approach to the subject should get a little surprise, for the organ functions here as it does in a couple of major works of Vaughan Williams, and is in fact not used to augment the orchestral sound at all. 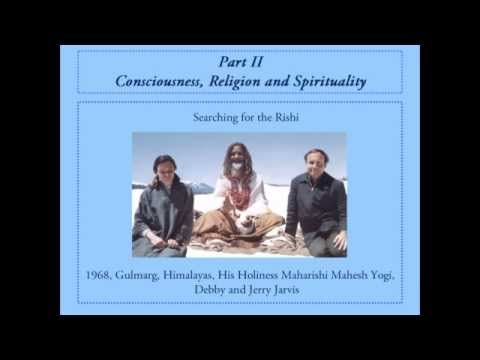 Instead, it appears like a bolt from the blue in complete opposition to the orchestra, its monolithic blocks of sound seemingly representing the insurmountable obstacle or final catastrophe. At the beginning the motif that provides the underlying structural basis of the symphony reveals itself in a crazy camouflage. The motif's first appearance is as the four long-held brilliant major chords that commence the movement after the initial cheeky nod towards the opening motif of Beethoven's First Symphony. Each of the following movements of this symphony starts with the respective major chord from that original blaze of light.

In fact the similarity is fortuitous, for I did not hear the Tubin-like effect in my mind prior to putting the parts together. For a moment within that turmoil and again at the end we get our first tastes of an exalted, ecstatic state that is to re-emerge more powerfully in various forms in the 3rd and especially 4th movement. The movement's opening major chord is the second and lowest-pitched one from the symphony's opening blaze of light. Almost at once the bright image flips over to reveal an underworld loaded with an eerie and haunted atmosphere as though it were a chorus of suffering lost souls.

A dance of death leads into a very brief more noble chorale-like fragment, like an intensely felt sigh of longing. The haunted elements are further developed, till eventually a frantic outburst takes us headlong to the insurmountable obstacle and a climax of unbearable anguish. The outburst eventually comes to rest in a serene chorale-like idea, as though one has woken up from a disturbing dream and is beginning to reassure oneself. The movement finishes with a repeat of the dance of death, again leading to the noble idea, but this time it switches to the major mode, at last shining a ray of light into the underworld.

And who are 'the fallen' of the movement's title? In the most meaningful sense it is not so much those who have fallen off mountains as those who have 'fallen by the wayside' - that is, who have died unfulfilled, and who at and after their death face the agony of the full recognition of their frustrated longings and missed opportunities. This movement is a sort of celebratory battle scene - a battle against the elements and adversity rather than of human destruction.

A particular distinguishing feature is a high tone a D , which is sounded throughout except in the initial and final wild celebrations. This high tone is alternated by flute and piccolo, a glockenspiel figure marking the beginning of each entry, giving the tone a bell-like effect that seems always to be hinting at some deeper aspect of reality. The movement commences with the high D tone starting to establish itself, but this is interrupted by the opening major chord, which is the third of the four in the symphony's opening blaze of light.

This chord is in fact of C major and thus in harmonic terms is quite a wrench from that higher tone.

In contrast with the previous movement, the major chord is dwelt upon in a tremendous over-the-top celebration, with timpani and snare drum hammering out irrationally changing rhythmic patterns that add greatly to the excitement and tension. The celebration eventually descends and terminates like the end of an exciting glissade down a long soft snow slope. The high tone re-establishes itself and is to continue till near the end of the movement.

After a few moments of hushed anticipation comes the first wave of the 'battle'. This is quite short, and the piano has the lion's share of the work. Rhythmically, it is elaborated from the celebration that opened the movement.

The pause before the second wave is short and contains mostly what I think of as the symphony's 'mountain theme' - an imposing and noble near-atonal melody first introduced on low brass. The second wave of the battle is an elaboration of the first, with a greater proportion of its activity in the orchestra. Listeners with high mountain experience should have little difficulty in recognising the avalanches, both in this stage of the battle and subsequently. The following interlude has all the feel of a high-level overnight camp, with its tremendous icy cold, sense of dwarfed humanity and immensity of silence broken only by the occasional avalanche and rockfall and the odd ice movements in the glaciers.

The mountain theme comes in again, leading us through a frenzied crescendo to a terrifying climax, which drops us into the start of the battle's third wave. This is a further-elaborated repeat of the second wave, but is somewhat truncated, with a growing positive energy emerging.

The choir joins in briefly, first cryptically singing 'No way forward - Back to the river!